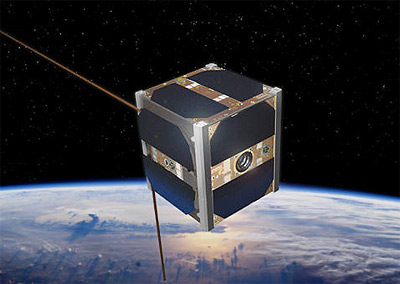 The primary objective of developing the SwissCube satellite is to provide a dynamic and realistic learning environment for undergraduates at the Ecole Polytechnique Fédérale de Lausanne, graduates and staff in the development of small satellite technology.

It was decided that the SwissCube mission should focus on the observation of the airglow phenomena. The airglow is a photoluminescence of the atmosphere occurring at approximately 100 km altitude. It is principally due to photodissociation, photo-excitation and excitation by fast electrons or ion recombination. The origin of nightglow is oxygen atom recombination, where the oxygen atoms are created in the daytime by solar photodissociation of O2

The scientific objectives are thus to observe oxygen emission in order to characterise the airglow intensity as a function of the observation angle (zenith or limb measurements), the altitude, the latitude and the local time. The minimum science duration is 3 months, with an extended science mission of duration up to 1 year.

The complete SwissCube system comprises the satellite including the scientific payload, and a ground segment for the control and monitoring of the satellite.

The SwissCube satellite follows the CubeSat standard. It contains the payload and platform elements necessary to fulfill the mission objectives. The science package includes an optical assembly, the detector and the necessary electronics to drive it.

A follow-on SwissCube 2 was planned and was selected by ESA as one of the educational CubeSats chosen for Phase 1 of ESA's Fly Your Satellite! initiative. Due to lack of funding, SwissCube was cancelled before launch.