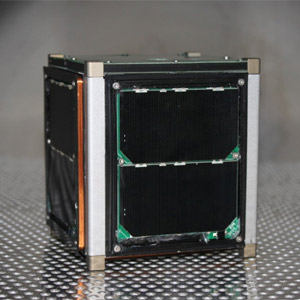 HiNCube is a 1 unit CubeSat. The satellite payload consist of a camera which will be used to take pictures of the earth. The satellite also has several thermal sensors to measure the temperature variation of the satellite.

The launch is provided by ISI Space and was performed with a Dnepr from Yasny, Russia in the end of 2013. HiNCube failed to operate.