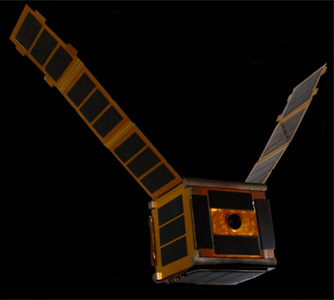 The NEE 02 Krysaor 1U CubeSat is the second satellite of Ecuador.

It is similar to NEE 01 Pegaso but has a different arrangement of solar arrays.

NEE 02 Krysaor was successfully launched into orbit on a multi-satellite launch on a Dnepr booster. It has successfully sent imagery of the coastal areas of Colombia, Ecuador and Peru. Additionally, the signal of the sister satellite NEE 01 Pegaso was received by the NEE 02 Krysaor.