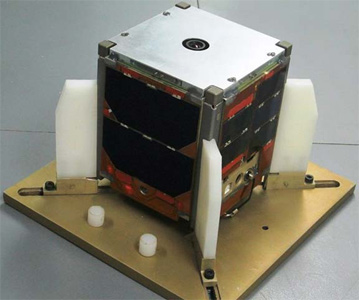 The ICube-1 cubesat is an educational pico-satellite developed by the Institute of Space Technology, Islamabad, Pakistan.

The satellite is an 1U CubeSat, carrying a low-resolution camera, a 3-axis magnetometer and several temperature sensors. The passive Attitude Control System consists of permanent magnets and hysteresis rods.