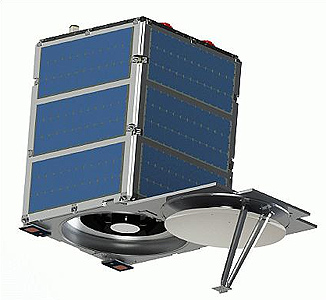 SkySat-1 and 2 are commercial Earth observation satellites by Skybox Imaging, licensed to collect high resolution panchromatic and multispectral images of the earth. The satellites operate in a polar inclined, circular orbit at approximately 450 km above the earth.

Each SkySat satellite is equipped with a Ritchey-Chretien Cassegrain telescope with a focal length of 3.6 m, and a focal plane consisting of three 5.5 Mpixel CMOS imaging detectors. SkySat-1 and -2 use 3 CMOS frame detectors with a size of 2560 × 2160 pixels and a pixel size of 6.5 µm. The operational satellites have a higher resolution detector. The upper half of the detector is used for panchromatic capture, the lower half is divided into 4 stripes covered with blue, green, red and near infra-red color filters. The native resolution at nadir of the SkySat-1 and SkySat Cis around 1.1 m. Further satellites will be placed in lower orbits, leading to increased image resolution.

Thirteen more improved satellites with propulsion modules are being built by SS/Loral using a Skybox-licensed design. One of these will launch in 2015 on a Dnepr rocket. Six more were launched on an Orbital built Minotaur-C-XL-3210 rocket in early 2017.

Google announced in March 2016 that Skybox Imaging had changed its name to "Terra Bella".