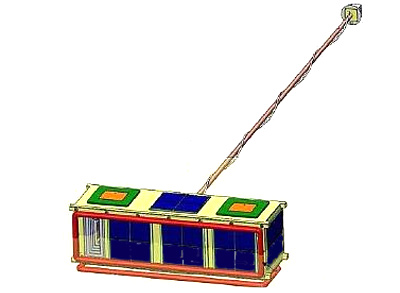 By the selection of its sensor complement, the mission will pave the way for magnetospheric constellations with many satellites making multipoint observations. The project emphasizes student involvement with guidance by experienced engineers and scientists. The implementation of the project is realized using a combination of flight heritage and innovation that balances risk and safety.

CINEMA is a 3U CubeSat science mission of the following collaborating institutions (CINEMA consortium):

Within the CINEMA program, KHU and UCB will develop and fly three identical CINEMA nanosatellites (hence, the name Trio CINEMA) to provide stereo ENA imaging of the ring current. A fourth satellite was added later.

The CINEMA nanosatellite consists of bus avionics providing power, communications, and C&DHS (Command and Data Handling System), plus two instruments: the MAGIC (MAGnetometer from Imperial College), and the STEIN (SupraThermal Electrons Ions & Neutrals) particle detector. The system is based on existing bus and instrument designs

CINEMA-1 was launched on the ELaNa-6 mission.

Both CINEMA-2 and -3 satellites were successfully deployed in orbit, but no signals were received from them.