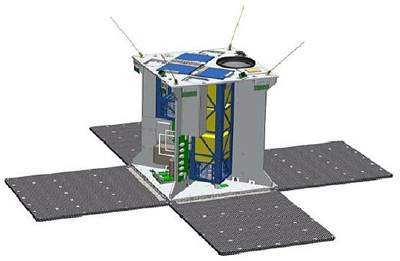 UniSat-5 (University Satellite 5) is the sixth satellite designed and manufactured by GAUSS Srl. UniSat-5 design and manufacturing will involve also students and researchers from the Space Science Center of Morehead State University (MSU).

UniSat-5 is a civilian scientific microsatellite and its primary mission is to test researchers home grown equipment in the space conditions, create heritage for the follow-on missions and provide hands on experience and training for students from different universities. The satellite, manufactured by university students and researchers, will carry four principal payloads: