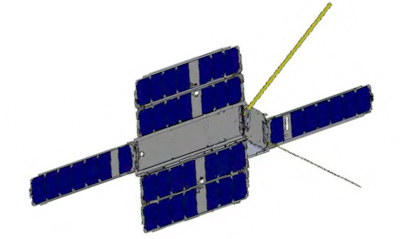 STARE (Space-Based Telescopes for Actionable Refinement of Ephemeris) are a series of three-unit CubeSats (called 3U CubeSats) equipped with optical imaging payloads, that will demonstrate the main elements of a new concept for tracking orbiting space debris.

STARE is a project of the Lawrence Livermore National Laboratories. The STARE satellites are using the Boeing-built Colony II bus developed under a contract with the National Reconnaissance Office (NRO).

LLNL has conducted a spiral development of the STARE technology through 3 pathfinders. Each pathfinder is a 3U CubeSat and each builds upon technology maturation developed on the previous pathfinder.