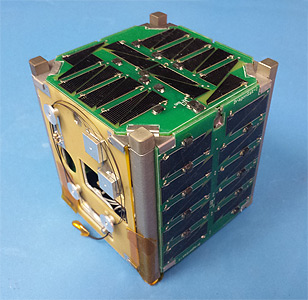 DragonSat 1 is an 1 Unit CubeSat designed and built by students of the Drexel University and the US Naval Academy.

The mission of DragonSat-1 is to take pictures of aurora (northern and southern lights) to observe the radiation dissipation intensity during the solar events, and to perform technology demonstration of gravity-gradient-boom deployment mechanism in space.

In 2011, DragonSat was down-selected for a launch opportunity through the NASA ELaNa program.

The satellite was successfully deployed in orbit on the ELaNa-4 mission, but no signals were received.