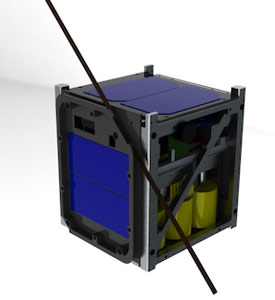 The Cal Poly Picosatellite Project (PolySat) was founded in 1999 and involves a multidisciplinary team of undergraduate and graduate engineering students working to design, construct, test, launch, and operate a CubeSat.

The CP5 Project development began in 2007, and has been through several revisions and worked on by various teams. The final team completed development in December 2011 to prepare for integration on the ELaNa-6 mission. The program was extended well-beyond its desired completion date, as with most projects. However, the team envisions a successful sail deployment and de-orbit of the spacecraft after deployment from NROL 36 on the ELaNa-6 mission.