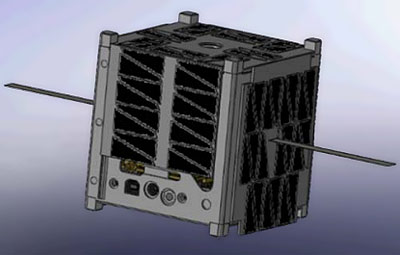 Black Knight 1 is a single unit CubeSat (1U) based on Pumpkin Inc.'s cubesat kit. The mission was to demonstrate an experimental passive attitude control and dampening system. Secondarily, the satellite was to take digital pictures and transmit while in orbit. The results of this experiment were to give cadets operational knowledge and experience with satellite development and design.

Black Knight 1 was selected in 2010 under NASAs ELaNa program. It was launched as part of the ORS-3 mission on an US Air Force Minotaur-1 flight in September 2013 to a 500 km altitude, 40.5° inclination orbit. The satellite was successfully deployed in orbit, but no signals were received. It reentered on 16 July 2015.