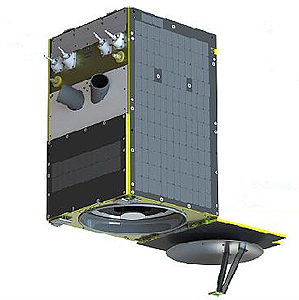 SkySat-3 to 21 (SkySat C1 to C19) are commercial Earth observation satellites by Skybox Imaging, licensed to collect high resolution panchromatic and multispectral images of the earth. The satellites operate in a polar inclined, circular orbit at approximately 450 km above the earth.

Each SkySat satellite is equipped with a Ritchey-Chretien Cassegrain telescope with a focal length of 3.6 m, and a focal plane consisting of three 5.5 Mpixel CMOS imaging detectors. SkySat-1 and -2 use 3 CMOS frame detectors with a size of 2560 × 2160 pixels and a pixel size of 6.5 µm. The operational satellites have a higher resolution detector. The upper half of the detector is used for panchromatic capture, the lower half is divided into 4 stripes covered with blue, green, red and near infra-red color filters. The native resolution at nadir of the SkySat-1 and SkySat C is around 1.1 m. Further satellites will be placed in lower orbits, leading to increased image resolution.

Thirteen more operational satellites are being built by SS/Loral using a Skybox-licensed design, featuring a modular propuslion system. ECAPS will provide the complete High Performance Green Propulsion (HPGP) systems. Additionally, these will feture better reaction wheels for more agility. This series is about 15 cm taller and 30 kg heavier than the first two prototypes.

Google announced in March 2016 that Skybox Imaging had changed its name to Terra Bella. In 20xx Terra Bella was sold to PLanet Labs.

In 2022 Planet Labs anounced the Pelican constellation which will be the successor to SkySat.