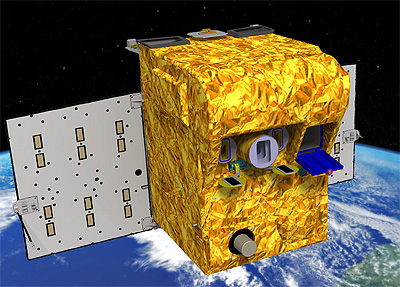 BIROS is part of DLR's FireBird constellation, which consists of two spacecraft, TET-1 and BIROS.

The primary FireBird payload inherited from TET 1 is an imaging payload, designed and developed at DLR, which consists of an assembly of three pushbroom cameras, one in the VNIR (Visible Near Infrared) range and two imagers in the infrared region. The objective is the detection and quantitative analysis of HTE (High Temperature Events) like wildfires and volcanoes.

As secondary payload, BIROS carries OSIRIS (Optical Space Infrared Downlink System), an onboard optical communication terminal, developed at DLR. It demonstrates three different laser systems for downlink communications at data rates up to 1 Gbit/s, a four quadrant laser detector onboard for improved pointing accuracy and a beacon laser in uplink to support the BIROS attitude control.

Also on board is AVANTI (Autonomous Vision Approach Navigation and Target Identification), an optical navigation experiment. The goal is to demonstrate autonomous rendezvous operation with a non-cooperative client using vision-based navigation. As a target, BIROS deployed the TU Berlin's BeeSat 4 cubesat.