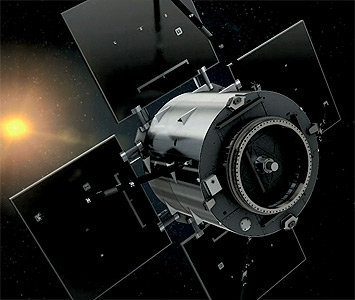 Eu:CROPIS (Euglena and Combined Regenerative Organic-Food Production in Space) is a German life science satellite developed by the DLR to investigate the growing of plants in different levels of gravity on Mars and the Moon.