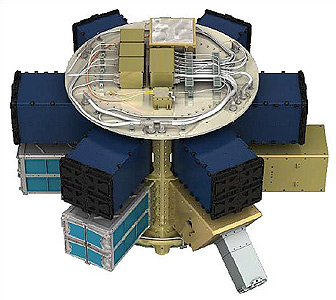 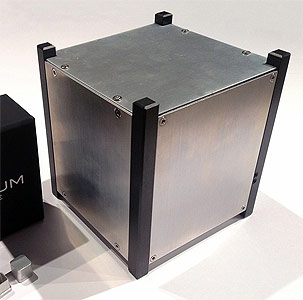 The Elysium-Star 1U CubeSats are a space burial service offered by Elysium Space.

The passive Cubesat holds trays with multiple individual capsules containing samples of cremated ashes. The satellite does not contain any systems.

Elysium-Star 2 flew also the CUBIT (CubeSat Identification Tag) developed by SRI International, a small add-on to cubesats that transmits a signal identifying that satellite. The system, weighing only about 20 grams, is designed to operate independently from the rest of the cubesat, including its own battery.

The first payload, Elysium-Star 1, part of the Supernova-Beta satellite, was launched in November 2015 on the maiden launch of the Super-Strypi rocket and did not reach orbit.

The second one, Elysium-Star 2, was launched on Spaceflight Industry's SSO-A multi-satellite launch on a Falcon-9 v1.2 (Block 5) rocket. It remained attached to the Lower Free Flyer (LFF) platform.