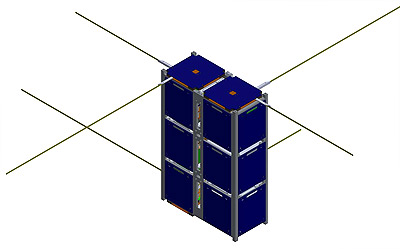 Originally ITASAT-1 was to be a microsatellite in the 80 kg class, until in 2013 the project was rescoped to 6U cubesat class satellite due to the difficulties to find an affordable launch opportunity.

The satellite features 3-axis control and is powered by surface mounted solar cells. It carries several experimental payloads: a data collection system, a GPS receiver and a camera system providing a ground resolution of about 80 m.