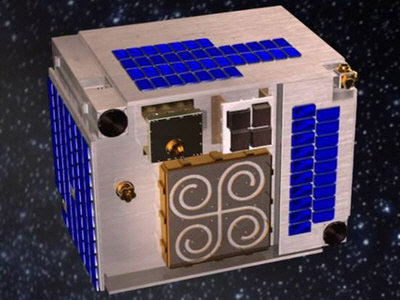 COM DEV International Ltd. announced in June 2008 that it has been awarded an $8.6 million contract to design, build and launch a micro-satellite for the Government of Canada. The M3MSat (Maritime Monitoring and Messaging Micro-satellite) is a technology demonstration mission jointly funded and managed by Defence Research and Development Canada (DRDC) and the Canadian Space Agency (CSA). The spacecraft will support Canadian sovereignty, security, safety and communications needs within the territorial and maritime regions of Canada and beyond.

M3MSat will make use of the multi-mission micro-satellite bus concept recently defined by the CSA. COM DEV has announced the commencement of an internally funded program to develop a class of micro-satellites capable of meeting the CSA's objective of launching a range of missions using a common platform. The COM DEV AIM bus design, jointly developed with SFL, is a highly capable platform that exceeds the multi mission microsatellite bus (MMMB) requirements of the Canadian Space Agency.

M3MSat is expected to demonstrate the full capability of advanced spaced-based AIS (Automatic Identification System) technology developed by COM DEV. AIS signals are broadcast from the world's major marine vessels for navigation and identification purposes, but currently they are only collected by other ships and land-based receivers within a 50 nautical mile range. Collection of the signals from space using COM DEV's unique AIS technology, which exceeds the performance of any other known system, would enable an unprecedented global view of the world's shipping traffic.

M3MSat features two AIS-receivers each with two polarizations and 4 channels. The data will be sent by a C-Band payload downlink to the ground stations. The AIS will be operated as exactView 7 (EV 7)

A secondary communications payload will be operated on M3MSat to demonstrate a range of low data rate applications that can support Canadian civil needs as well as commercial requirements. The micro-satellite was expected to be launched in 2011, but had been delayed to 2014.