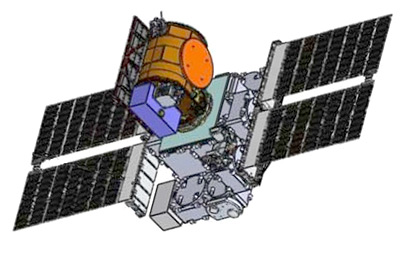 eXCITe (with SeeMe on top) [DARPA]

The first DARPA Phoenix spacecraft wont be an orbiting satellite factory. Instead it will be an already completed spacecraft, called eXCITe, built from smaller parts. Constructed by NovaWurks, based in Los Alamitos, Calif., the spacecraft will be made out of a set of identical satlets, which the company dubs HiSats, for Hyper-Integrated Satlets. Each measures about 20 by 20 by 10 centimeters.

Th objectives of the mission are:

An additional payload was also to be onboard: teh QIKcom-2 amateur communications payload for the US Naval Academy Satellite Lab, containing an APRS packet radio communications transponders for relaying remote telemetry, sensor and user data from remote users and amateur radio environmental experiments or other data sources back to Amateur Radio experimenters via a global network of internet linked volunteer ground stations. Due to licencing issues, the QIKcom-2 payload was removed from eXCITe at last minute before launch.

eXCITe also carried the SeeMe satellite to be deployed some time after launch. Apparently SeeMe did not seperate for some reason.