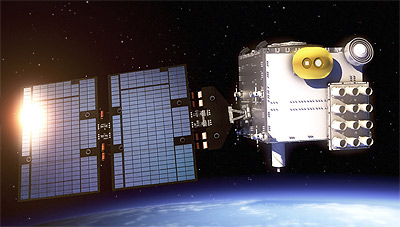 FORMOSAT-7/COSMIC-2 (Constellation Observing System for Meteorology, Ionosphere and Climate) is an international collaboration between Taiwan (NSPO) and the United States (NOAA) that will use a constellation of twelve remote sensing microsatellites to collect atmospheric data for weather prediction and for ionosphere, climate and gravity research. It is a follow up mission to the FORMOSAT-3/COSMIC mission.

The new constellation provides improved performance and a five times increase in number of measurements. The precision will also be improved.

Formosat-7 will establish operational Mission of near real-numerical weather prediction. It will collect 8000 (threshold) profiles per day (the objective number is 10000).

NSPO will design, procure, and integrate 12 spacecraft and integrate the GNSS payload provided by JPL. SSTL will provide the SSTL-100 busses. The Global Navigation Satellite System (GNSS) RO payload, named TGRS for TriG (Tri-GNSS) GNSS Radio Occultation System, is being developed by NASA's Jet Propulsion Laboratory (JPL) and will be capable of tracking up to 12,000 high-quality profiles per day after both constellations are fully deployed. The satellite have GPS, GALILEO and GLONASS tracking capability. NOAA will procure the launch vehicles.

The U.S. Air Force is partnering on COSMIC-2 and will provide two space weather payloads that will fly on the first six satellites: RF Beacon transmitters and Velocity, Ion Density, and Irregularities (VIDI) instruments.

The first launch of six satellites of the low inclination constellation was planned for 2017, the second launch into the high inclination orbits will take place in 2019. The last launch might include a seventh Taiwan built back-up satellite, FORMOSAT 7R.

The first cluster, called COSMIC 2A, is scheduled to launch aboard a SpaceX Falcon-Heavy (Block 5) rocket in 2018 on the STP-2 demonstration mission as one of the two main payloads.

The second cluster in polar orbit, COSMIC 2B was planned for a launch in 2020, but was cancelled in October 2017 due to a lack of funding.