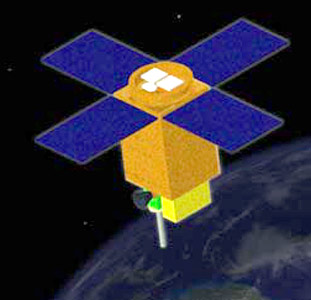 The FORMOSAT 6 micro satellite project is one of the major projects in the Taiwan's second-phase space program. The ultimate goal of the micro satellite project is to develop the NSPO's standard buses capable of supporting low earth orbit mission, which includes constellation and multi-purpose mission. The first micro satellite, which is also known as FORMOSAT-6, is the first spacecraft of this series. It aims to develop a spacecraft bus platform to support strategic mission for disaster management and to conduct scientific experiments in the fields of astrophysics, ionospheric sciences, or geodesy researches.

The FORMOSAT-6 will carry a strategic payload and a scientific payload. The strategic payload is to carry a mission tied with disaster management and environment observation. Meanwhile, to make the satellite engineering linked with the research groups, the secondary objective of the project is defined as to develop payload instrument for advanced scientific investigation.

The FORMOSAT-6 will be controlled by the Satellite Operations and Control Center (SOCC) at NSPO with the S-band TT&C stations located in Chungli and Tainan. The mission life of FORMOSAT-6 is specified as 1 year as a minimum and the design life is 2 years. It will be within an envelope of 600 mm diameter and 700 mm height.The payload instruments can be installed at the top the bus. The total weight is 50 kg including 15 kg of payload instruments. The orbit average power is allocated as 70 W with the assumption that payload instruments consume 15 W. The pointing knowledge is about 0.05° and the pointing accuracy is 0.5°. The data storage is 1 Gbits. The uplink and downlink is through S-band with the uplink rate 4 or 32 kbps and downlink rate 2 Mbps.

FORMOSAT-6 was targeted to be launched by TSLV (Taiwan Small Launch Vehicle) as the first choice. Due to the fact that there will be no propellant system to perform orbit adjustment, and therefore the satellite will be injected to its final orbit directly. The satellite will also be designed to be compatible with other international piggyback launch opportunities, as the development of TSLV has been suspended.

The development of FORMOSAT-6 appears to have been cancelled.