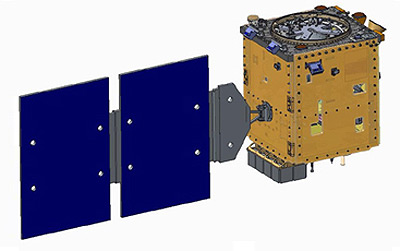 FORMOSAT-7R or TRITON is an additional satelite by NSPO added to the joint Tawanaes-US FORMOSAT 7 / COSMIC-2 constellation.

FORMOSAT-7R satellite is designed to resemble its counterpart of the FORMOSAT-7 mission satellite in order to achieve maximum compatibility for launch and mission operations. However, the electrical architecture, key components, flight software, satellite structures and payload instruments are entirely designed and developed by the NSPO.

FORMOSAT-7R was originally planned to be launched with the now cancelled FORMOSAT 7 / COSMIC-2B cluster in 2020. FOMOSAT-7R satellite will be launched by a piggyback launch service of which the selection priority will be determined by the capability to cover major areas of typhoon generation and movement in the West Pacific Ocean.

The satellite will be launched in 2022 by Arianespace.