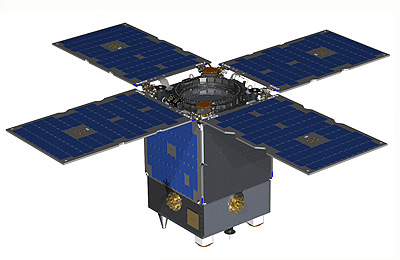 OTB 1 is based on the SSTL-150 bus and The mission is planned to last five years.

One of the hosted payloads is NASA's DSAC (Deep Space Atomic Clock), a technology demonstration mission with the goal to validate a miniaturized, ultra-precise mercury-ion atomic clock that is 100 times more stable than todays best navigation clocks.

Also on board is a small capsule with cremated human remains for Celestis, called "Heritage Flight".

A second mission called OTB 2 is planned for 2022.