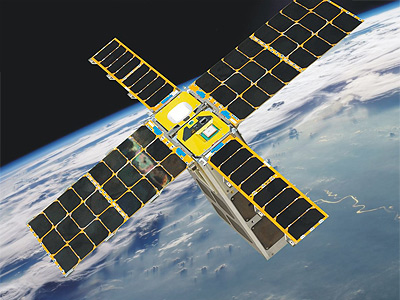 Supernova-Beta, also known as TechSat 1, is picosatellite built as prototype of the Pumpkin Inc. Supernova 6U CubeSat bus.

The Supernova-Beta mission is a test flight of multiple subsystems on the SUPERNOVA 6U bus developed by Pumpkin, Inc, including structure, EPS, GPS, ADACS, CDH, and imagers.

The Spacecraft contained three communications systems. One is transmit-only while the other two are transceivers:

The satellite was to be launched on the maiden flight of the Super-Strypi rocket from Hawaii into a 415 km × 490 km polar orbit, but was lost in a launch failure.