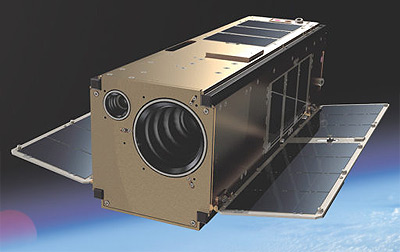 The AeroCube 15 A & B mission by The Aerospace Corporation consists off two 3U CubeSats that will demonstrate rapid development of a small size, weight and power (SWAP), low cost optical sensor in low earth orbit. The payload consists of a custom-designed telescope combined with a commercially available camera core.

The AeroCube-15 satellites have been developed by The Aerospace Corporation (Aerospace) for the purpose of conducting experiments in space per their charter as a private, non-profit corporation operating a Federally Funded Research and Development Center in support of the US Air Force. All payload components were developed by Aerospace for our purpose of conducting in-space technology demonstration experiments.

The satellites will be launched from the NanoRacks CubeSat Deployer mounted to the external surface of the Cygnus CRS-12 spacecraft. The Cygnus spacecraft raises its orbit to an altitude of ~500 km following unberthing from the International Space Station (ISS).