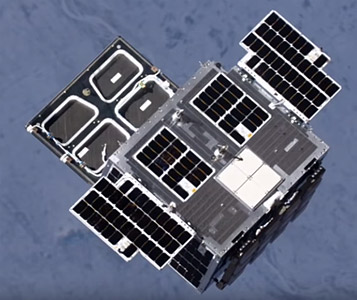 STPSat 4 is an experimental spacecraft for the Department of Defense's Space Test Program (STP).

STPSat-4 carries several experiment packages into low earth orbit. One of these is the MSA (Modular solar array).

STPSat-4 is a free flying spacecraft to be ejected from the international space station (ISS) via the SSIKLOPS (Space Station Integrated Kinetic Launcher for Orbital Payload Systems) deployment system. Launch took place in late 2019 and the satellite was deployed from the ISS in January 2020. One of the arrays failed to deploy.