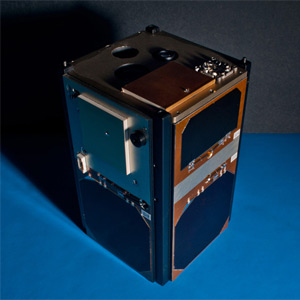 AeroCube-5 is a CubeSat technology demonstration mission within the PicoSat Program of The Aerospace Corporation, El Segundo, CA, USA. The AeroCube-5 CubeSat series of two spacecraft was also designated as AC5-A and AC5-B.

AeroCube 5 slightly modifies and upgrades the basic structural components of the AeroCube 4 series, so that the satellites have a 1.5U CubeSat form factor and a mass of ~2 kg. Its primary mission will be to test its pointing and tracking capabilities while on orbit.

The two satellites were launched as secondary payloads on an Atlas-5(501) rocket.

A third satellite, AeroCube 5C was launched in 2015 with OCSD A (AeroCube 7).