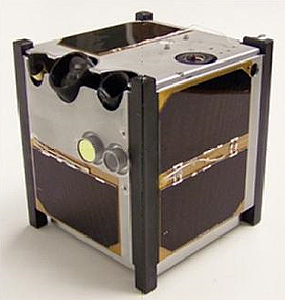 The AeroCube-3 mission is divided into two parts.

AeroCube 3 was successfully launched to orbit on a Minotaur-1 and conducted imaging experiments, a tether experiment and deployed a balloon as a deorbit device at the end of the mission.