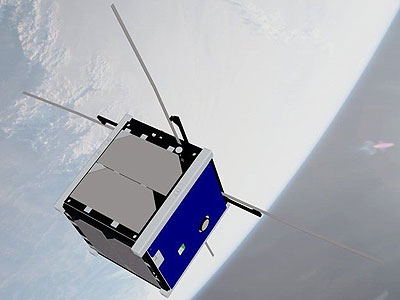 The MVP A or Argus 02 mission is to design, develop, and test a reliable CubeSat bus capability for sensor and imaging missions for the Space Systems Research Laboratory (SSRL) to create a better foundation for future CubeSat missions for the organization and potentially other partners. It is a reflight of the lost Argus mission.

MVP-A serves the purpose of being a "lessons-learned" spacecraft from the critical failures that occurred in the development of the COPPER-2 and Rascal spacecraft and the faults discovered many years later in both the original COPPER and Argus spacecrafts.

MVP A is an 1U CubeSat based on the EnduroSat One design, which relies heavily on COTS components in an effort to minimize the need for students to design hardware to allow the SSRL team to focus on the interfaces between subsystems.

The MVP series of spacecraft will continue the purpose of being built on "lessons-learned" until sufficient technological capability is grown within SSRL as each year experiences a turnover from graduating seniors. MVP program missions and spacecraft will build towards the capability to perform sophisticated rendezvous and proximity operations at a low cost over the course of 10 years.