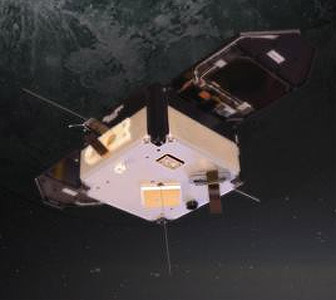 The AeroCube 6 cubesat is a pair of nanosatellite for technical research. They were built and operated by the Aerospace Corporation.

Aerocube 6 represents a major upgrate in the Aerocube program as it introduces a redesigned cubesat structure and technical upgrades. It features a suite of micro dosimeters for measuring radiation in the space environment.

Aerocube 6 consists of two spin-stabized sun-pointing 0.5U cubesats, which separate in orbit. The payload consists of miniaturized dosimeters, an inter-satellite cross-link experiment, an integrated flight computer, GPS receiver and UHF tranceiver board and new attitude sensors.

AeroCube 6 was deployed from the Italian UniSat 6, which in turn was launched aboard a Dnepr launch vehicle operated by Kosmotras. After reaching orbit, it separated into two satellites, AeroCube 6A and AeroCube 6B.