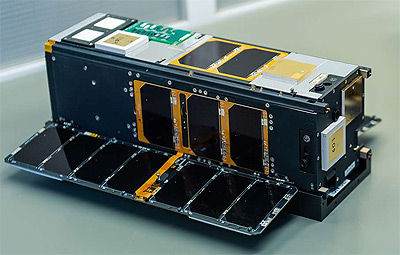 The AeroCube 14 A & B or IMPACT 2A & 2B (), mission by The Aerospace Corporation consists two identical 3U CubeSats to demonstrate new star-tracker technology and test new nanotechnlogy materials and advanced solar cells in space. The investigation also tests a standardized interface for modular experiments that could reduce the challenges of integrating experiments onto a satellite and launching them into space. The satellites are part of the National Reconnaissance Offices (NRO) IMPACT program, led by the Advanced Systems and Technology directorate.

These technologies to be evaluated include:

The satellites will be launched from the NanoRacks CubeSat Deployer mounted to the external surface of the Cygnus CRS-12 spacecraft. The Cygnus spacecraft raises its orbit to an altitude of ~500 km following unberthing from the International Space Station (ISS).