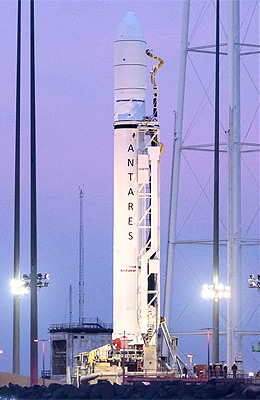 In the aftermath of the explosion of the first Antares-130, Orbital decided to discontinue the AJ26-62 powered series due to reliability issues of the engine and to speed up the introduction of the re-engined Antares-200 series, now planned for early 2016. The re-engined version uses two RD-181 engines. This series will be replaced by the Antares-200+ series, which will use the RD-181 engines at full thrust and will likely have an optimized tank and will use standard LOX instead of sub-cooled LOX.