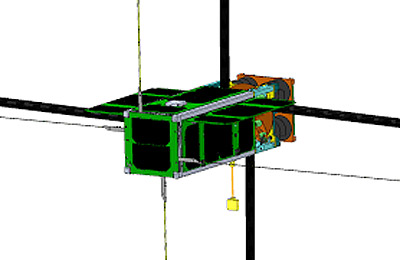 The SwampSat 2 is a 3U CubeSat mission by the University of Florida, Gainesville, for a Design-Build-Fly CubeSat for Characterization of VLF Wave in Low Earth Orbit.

SwampSat 2 is a technology demonstration mission to test a boom and antenna spooling and deployment mechanism to support a matched very low frequency (VLF, 3-30 kHz) antenna receiver pair. It will experimentally quantify VLF electromagnetic wave propagation through the lower ionosphere in order to elucidate the role of VLF whistler-mode waves in controlling the energetic particle populations of the Earth's radiation belts.