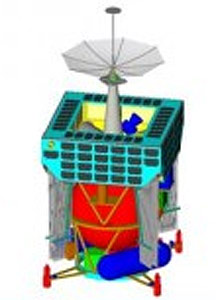 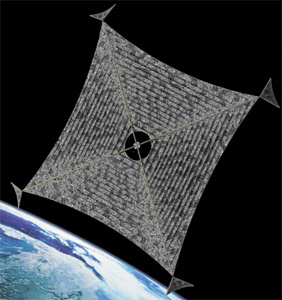 Sunjammer (or Solar Sail Technology Demonstration Mission) is a solar sail demonstrator with an sail area seven times as large as the largest solar sail flown before.

Sunjammer consists of an ESPA-compatible carrier with hydrazine propulsion an attitude control systems to provide injection in the final trajectory. The carrier assembly is the structural part of the sail craft that holds the propulsion and inflation system. Once the sail is fully inflated the carrier is jettisoned to reduce mass.

The second part is the sailcraft, from which four blades of the solar sail will be deployed. The sail area will be 1200 m2 with an weight of just 32 kg. For attitude control, it will use beam-tip control vanes.

The mission goals are:

Both parts of the spacecraft will each contain a Celestis space burial capsule.

Sunjammer was originally planned as a secondary payload on the DSCOVR launch, but has been put on hold following the annual review October 2013. NASA identified key integration issues that increased the schedule risk.