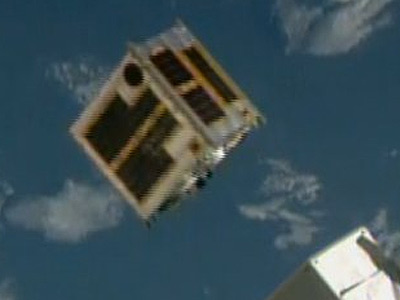 The $15 million satellite is the first of a set of two 50 kg microsatellites equipped with cameras designed to monitor agriculture and fisheries.

The satellite was launched on board of Cygnus CRS-15 on an Antares-230+ rocket to be delivered to the ISS, from where it is to be deployed via the JEM airlock. Following the military coup in Myanmar, its deployment has been delayed, while Japans space agency and Hokkaido University decide what to do with it. On 22 March 2021, it was deployed