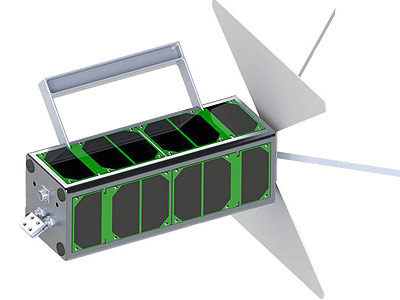 Tomsk-TPU 120 is a 3U Cubesat built by the Tomsk Polytechnic University (Tomsk TPU).

The satellite was constructed using a 3D printer for the structure. Although the satellite is based on the 3U Cubesat standard, it will not be released using a deployer, but will be released by a kosmonaut during a spacewalk. Therefore it is fitted with a handle.

It was launched onboard of Progress-MS 02 to the ISS. Release of Tomsk-TPU 120 will be made by hand during a spacewalk (EVA) in the aft-nadir direction from ISS, likely in July 2017.