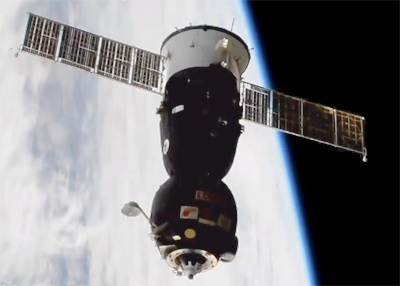 The Soyuz MS crewed spacecraft has been developed on the basis of a Soyuz TMA-M spacecraft.

Soyuz-MS is to provide rescue of the main crew of the station in emergency and delivery of visiting crews.