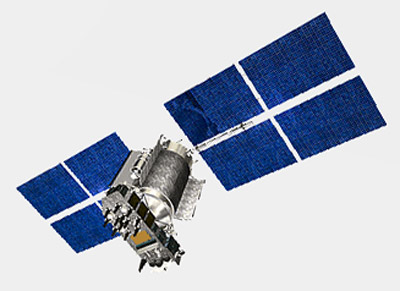 Uragan-M spacecraft are the second generation of GLONASS satellites with an increased lifetime of 7 years following up the first generation Uragan spacecraft.

The Uragan-M spacecraft are 3-axis stabilized, nadir pointing with dual solar arrays. The payload consists of L-Band navigation signals in 25 channels separated by 0.5625 MHz intervals in 2 frequency bands: 1602.5625 - 1615.5 MHz and 1240 - 1260 MHz. EIRP 25 to 27 dBW. Right hand circular polarized. On-board cesium clocks provide time accuracy to 1000 nanoseconds. A civil reference signal on L2 frequency was added after the completion of flight testing of Glonass-M in 2004 to substantially increase the accuracy of navigation relaying on civil signals.

The spacecraft can be launched in triplets using Proton-K Blok-DM-2, Proton-K Briz-M, Proton-M Blok-DM-2 or Proton-M Blok-DM-03 boosters. Single launches on Soyuz-2-1b Fregat boosters are also planned. At some time within a collaboration on the GLONASS system signed with India 2013, at least one single launch using an Indian GSLV Mk.2C was also planned, but never conducted.