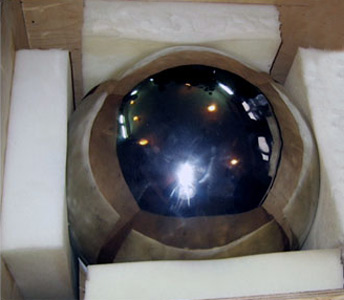 Sfera-53 (also known as TEKh-44 or Vektor-T) is a small, passive satellite to measure the atmospheric density. The 53 cm diameter sphere (hence the name) was transported on 1 August 2012 on Progress-M 16M to the ISS.

Release of Sfera was made during a spacewalk (EVA) in the aft-nadir from ISS utilizing a mechanism that was attached to it prior to the EVA. Deployment occurred on 20 August 2012 at 18:29 UTC. It re-entered in late November 2012.