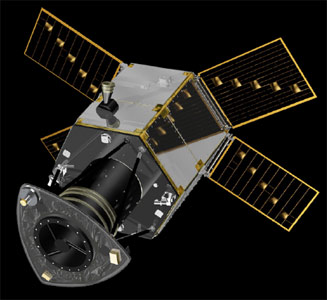 Deimos 2 is a small Earth observation satellite, which carries a 75-centimeter-resolution imager provided by Satrec Initiative of South Korea. It has a 12-kilometer-diameter swath and be able to swivel 30 degrees off nadir to each side, and 45 degrees in the event of a special order.

Spains government-owned Inta performed satellite integration of the 300 kilogram Deimos-2. Deimos corporate parent, Elecnor of Madrid, has agreed to underwrite much of the 60 million euros in anticipated Deimos-2 costs, a figure that includes the satellites construction, launch and insurance. Spains Ministry of Industry, Tourism and Trade is picking up 20 percent of Deimos costs.

Deimos has booked a launch as part of a multi satellite launch aboard Dnepr launch vehicle operated by Kosmotras of Moscow.

Elecnor Deimos Space in June 2015 announced to sell the Deimos Imaging division and the satellites to UrtheCast.