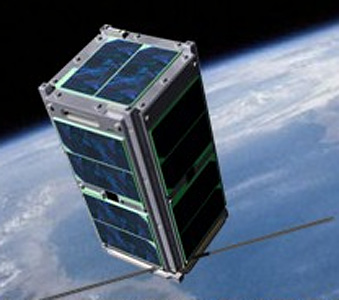 PACE (Platform for Attitude Control Experiments) is a cubesat project of the National Cheng Kung University of the Republic of China (Taiwan).

The project started in 2003 as result of web-based satellite engineering course at National Cheng Kung University. The educational focus was mainly on hands-on spacecraft design. PACE shall serve for the in-orbit investigation of different strategies (i.e. control laws) for attitude determination and control. A miniature momentum wheel had been produced specifically for this mission as well as digital sun sensors. This momentum wheel, along with other sensors and components developed at the PACELAB of NCKU are integrated into this small 2 kg nanosatellite for evaluation in space.

The main purpose of the PACE mission is to conduct attitude control experiments. Several types of attitude sensors and actuators are integrated in the satellite in order to allow the in-orbit evaluation of different attitude determination and control strategies. During the mission lifetime the satellite collects and downlink its attitude information (as well as the data obtained from temperature sensors, current monitors, and other sensors). This data shall then be processed on ground to evaluate the performance of the satellite's attitude control. These data are to help to improve the simulation models for attitude control of very small satellites.

In addition to this, the PACE mission is also a technology demonstrator for enabling small satellite technologies, to be used on future missions. Most of the components and systems have been developed indigenously and from the scratch. A success in space would verify them space-proven and transferable to other satellite designs.

PACE is a 2 Unit CubeSat and has a size of 112 mm × 112 mm × 243 mm at a total mass of less than 2 kilograms. The outside is equipped with solar cells, a hard-wire interface port, antennas, sun sensors and mechanisms. Inside the spacecraft are the electronic boards and the actuators for attitude control.