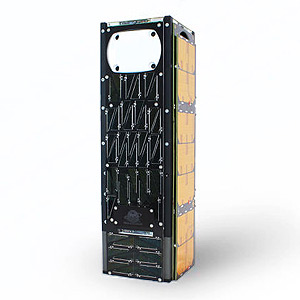 Lemur-1 was deployed from the Italian UniSat 6, which in turn was launched aboard a Dnepr launch vehicle operated by Kosmotras.

Lemur-1 serves as a prototype for a larger constellation of more than 50 Lemur-2 satellites.