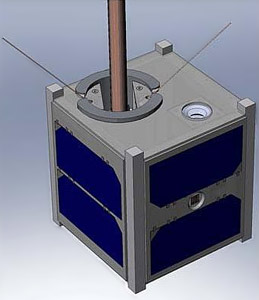 DTUSat 2 (Danmarks Tekniske Universitet Satellite 2) is a Danish 1U CubeSat to demonstrate the tracking of birds from space.

The GPPL (Ground Primary Payload) tracking system was developed by students and educators at DTU Space. It comprises as a ground segment a miniature radio-transmitter to be mounted on the carrier birds, prior to the migration, and as the space component the DTUSat-2 satellite carrying a purpose-built receiver system to complement the bird transmitters. The system provides GPS position data for individual bird compact transmitters (< 5 g) and hence yield unparalleled accuracy as compared to other systems.