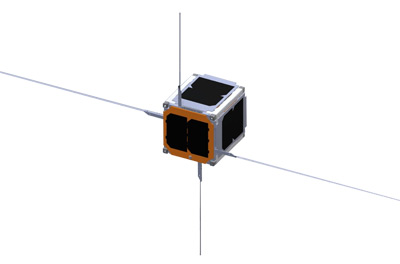 The Israeli student satellite Duchifat-1 is an experimental and educational spacecraft developed and built by students of secondary schools at the Space Laboratory of the Herzliya Science Centre (HSC). It is built to the 1U CubeSat standard.

Duchifat-1 satellite transmits a wide variety of data including short text messages and telemetry data. The reports are combined with a computer and mapping software to display the transmitted data superimposed on maps at a HSC Ground Station. The telemetry beacon can be received at 145.981 MHz.