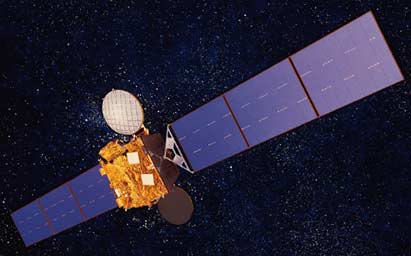 The SUPERBIRD spacecraft is based on SS/L's threeaxis, body-stabilized SSL-1300 bus, whose modular design has proven its worth during some 275 years of cumulative on-orbit service, close to 45% of the total of 630 plus years amassed by SS/L satellites to date.

The SSL-1300 buses achieve long useful orbital life - in this case 10 years - through use of a bipropellant propulsion system and a momentumbias system for excellent stationkeeping and orbital stability. Solar arrays and nickel-hydrogen batteries provide uninterrupted electrical power.