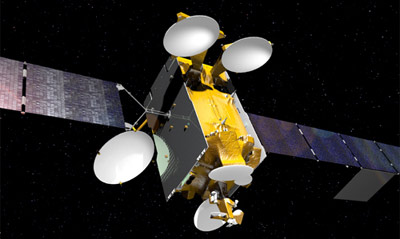 ARABSAT has selected in January 2009 the consortium of Astrium and Thales Alenia Space to build and deliver in orbit the new satellite Badr 7 (or Arabsat 6B). The contract was modifified to include Ka-band capacity and was signed in January 2013.

Arabsat-6B will be co-located with the rest of Arabsat's Badr constellation of Direct-To-Home satellites at its 26° East video "hot-spot", extending in-orbit capacity for television services. Also a Eurostar-3000 model, equipped with a payload featuring 24 transponders in Ku-band and 24 Ka-band spot-beams as well as 3 Ka-band transponders, Arabsat-6B will have a spacecraft power of 12 kW at the end of its 15-year design lifetime.

Astrium and Thales Alenia Space are jointly responsible for building the satellites and delivering them in orbit. Astrium, the leading partner, will supply the Eurostar-3000 platforms and integrate the satellites. Thales Alenia Space will design and build the communications payloads. The team will also upgrade the ground control segment for the extended ARABSAT satellite fleet.