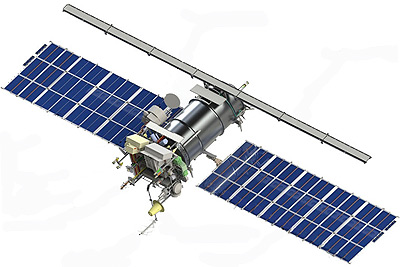 The Meteor-M 3 satellite was to have a largely modified configuration for an oceanographic mission, but was cancelled.