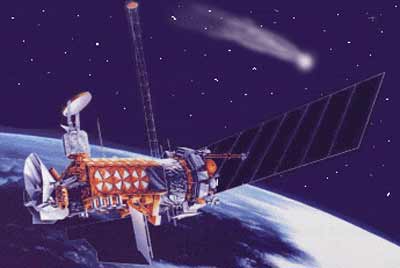 This series introduced a improved version of the DMSP-5D2 3-axis stabilized bus with integrated propulsion system, so that the satellite itself acted as an upper stage for the launch vehicle. It consisted of a single Star-37XFP motor and the ISS (Integrated Stage System) control system featuring four axial hydrazine thrusters. Power was supplied by a single, articulated 8-segmented solar array.

Instruments on this series are:

Following instruments are on the individual satellites:

The last satellite, DMSP-5D3 F20, which is in storage since the 1990ies, might eventually not launch, as the Senate drafted a bill, which prohibits the Air Force from spending any money on the DMSP-5D3 F20 launch pending certification from the secretary of defense that the military cannot obtain comparable data at a lower cost from other sources, such as civilian or international weather satellites. In the omnibus spending bill for fiscal year 2016, lawmakers provided no funding neither for DMSP nor for the launch of DMSP-5D3 F-20 around 2018, effectively ending the program.

DMSP-5D3 F19 has stopped responding to commands on 11 February 2016 for reasons unknown. The satellite was recovered to provide tactical data to field units but has not provided full-orbit weather imagery since. It is expected, that the satellite will loose attitude control in September 2019, thus ending the mission. Attitude control was eventually lost in October 2017.