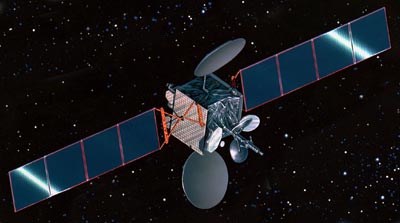 As a high-power Hughes HS-601HP model, AsiaSat 3 was to generate up to 9900 Watts using two sun-tracking four-panel solar wings covered with gallium arsenide solar cells. A 29-cell nickel-hydrogen battery was to provide full power to the spacecraft during eclipse operations. The satellite was to use a bipropellant propulsion system for stationkeeping.

Focused area coverage of South Asia was to be provided by a 50-inch-diameter, dual-gridded shaped reflector operating in the Ku-band. A 40-inch-diameter Ku-band steerable spot-beam antenna was to provide the spacecraft with the ability to direct 5-degree coverage of any area on the Earth's surface visible to AsiaSat 3 from its orbit location. Both of these antennas were mounted on the nadir side of the spacecraft.

AsiaSat 3 was launched on 25 December 1997, aboard a Proton-K Blok-DM3 rocket from the Baikonur Cosmodrome in Kazakhstan. The launch failed, however, in the fourth stage of the launch vehicle's second burn. Designed to last 110 seconds, it cut off prematurely after 1 second. As a result, AsiaSat 3 never reached geosynchronous orbit and was declared a total loss by its insurers. The satellite was transferred under the designation HGS-1 to Hughes Global Services, Inc., with an agreement to share any profits with the insurers. This satellite was salvaged by a unique lunar flyby maneuvre and sent to a inclined geosynchronous satellite orbit at the 152º W location with about half of its designed life time remaining. After the satellite was in a stable orbit, the satellite was commanded to release its solar panels which had been stowed during takeoff and maneuvering. Of the satellite's two solar panels only one released, and it became apparent that a tether was not operating correctly on board, which scientists attributed to heating and cooling cycles during the satellites operating in ranges not designed to while traveling to orbit. In early 1999, PanAmSat acquired the HGS-1 satellite. Subsequently, PanAmSat requested, and was granted, authority to drift the satellite, now referred to as PAS-22, into the 60º West location. It was finally deactivated in July 2002, and moved to a graveyard orbit.

In March 1998, AsiaSat ordered a replacement satellite from Hughes. Designated AsiaSat 3S, the new satellite is a replica of AsiaSat 3. This one was successfully launched on a Proton-K Blok-DM3 rocket.

HGS 1 reportedly is experiencing some problems with its batteries. One of its 30 battery cells has been reported lost.