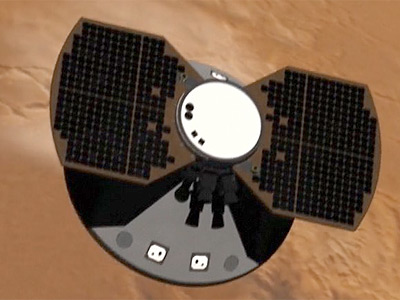 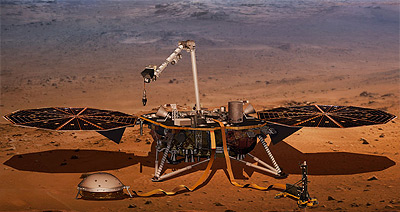 NASA selected in August 2012 the 12th mission of the Discovery program. The new mission, named InSight (Interior Exploration using Seismic Investigations, Geodesy and Heat Transport, formerly known as GEMS, Geophysical Monitoring Station), will place instruments on the Martian surface to investigate whether the core of Mars is solid or liquid like Earth's, and why Mars' crust is not divided into tectonic plates that drift like Earth's. Detailed knowledge of the interior of Mars in comparison to Earth will help scientists understand better how terrestrial planets form and evolve.

InSight is led by W. Bruce Banerdt at NASA's Jet Propulsion Laboratory in Pasadena, Calif. InSight's science team includes U.S. and international co-investigators from universities, industry and government agencies. The French space agency Centre National d'Etudes Spatiales, or CNES, and the German Aerospace Center are contributing instruments to InSight, which is slated for a launch between March 8 - 27 March 2016, is scheduled to land on Mars in September 2016 to begin its two-year scientific mission.

InSight builds on spacecraft technology used in NASA's highly successful Phoenix lander mission, which was launched to the Red Planet in 2007 and determined water existed near the surface in the Martian polar regions. By incorporating proven systems in the mission, the InSight team demonstrated that the mission concept was low-risk and could stay within the cost-constrained budget of Discovery missions. The cost of the mission, excluding the launch vehicle and related services, is capped at $425 million in 2010 dollars.

InSight will be accompanied with two MarCO 6U-cubesats, which are to provide communications relay during the landing phase, as the MRO, MAVEN, and Mars Odyssey orbiters will not be in position to receive InSight data.

In December 2015 it was decided to cancel the 2016 launch, as there is a design flaw in the French built seismometer, which prevents the vacuum inside the instrument to be maintained. NASAs Science Mission Directorate has approved in September 2016 the new launch window 2018for the agencys upcoming Mars InSight mission. NASA estimated that this delay and the instrument redesign will cost additional $153.8 million.