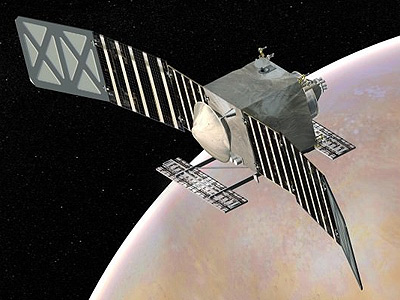 The VERITAS (Venus Emissivity, Radio Science, InSAR, Topography, and Spectroscopy) mission will map Venus surface to determine the planets geologic history and understand why it developed so differently than Earth.

Orbiting Venus with a synthetic aperture radar, VERITAS will chart surface elevations over nearly the entire planet to create 3D reconstructions of topography and confirm whether processes such as plate tectonics and volcanism are still active on Venus.

VERITAS also will map infrared emissions from Venus surface to map its rock type, which is largely unknown, and determine whether active volcanoes are releasing water vapor into the atmosphere. The German Aerospace Center will provide the infrared mapper with the Italian Space Agency and Frances Centre National d'Etudes Spatiales contributing to the radar and other parts of the mission.

In addition to the main mission, NASA selected technology demonstrations to fly along on the spacecraft. VERITAS will host the Deep Space Atomic Clock-2, built by JPL and funded by NASAs Space Technology Mission Directorate. The ultra-precise clock signal generated with this technology will ultimately help enable autonomous spacecraft maneuvers and enhance radio science observations.